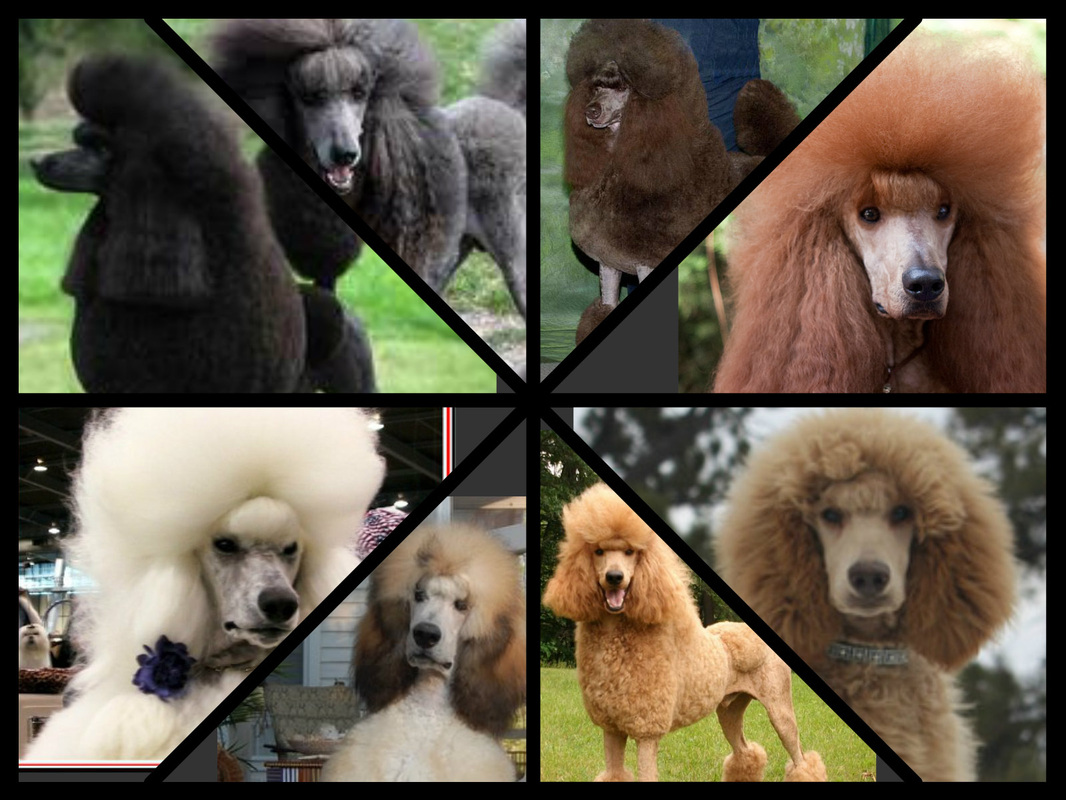 ﻿The images are to show coat color only . ﻿ 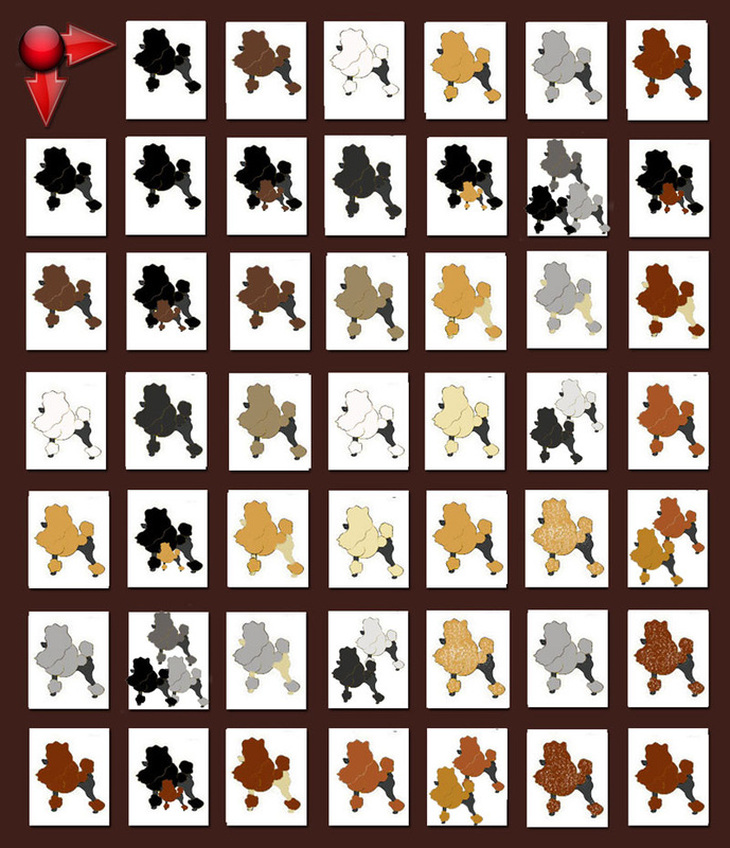 There are a lot of opportunities in color mixing, but it requires a solid knowledge about the mechanisms of heredity. You can avoid color related risks by breeding only the same color poodles, but in the long run bigger gene pools will help reduce the problems of e.g. inheritable diseases. By using color mixing, we can maintain a healthy base of recessive colored poodles (white, apricot, brown, red). Until the year 2006 color mixing with poodles was subject to license in Finland.

Let’s start with the basic terminology:

Dominant: The ruling attribute in the phenotype. E.g. black color in a poodle.

Recessive: Yielding attribute, that appears when there is no dominant gene present. In other words, the recessive attribute shows, when the dog has two recessive elements. E.g. apricot color in a poodle.

Genes: Inheritable attributes that are located in the chromosomes. Dogs have 39 pairs that make 78 chromosomes. Half of these come from the male and the other half from the female, because gametes have only 39 chromosomes.

Inheritance could simply be described with the following example:
A black female poodle’s genotype is Bb (B = black, b = brown, black being the dominant and brown being the recessive gene)
If this poodle is paired with a black male poodle, could their puppy be a brown one? Well, it depends on the male’s genotype:
If the male is BB: possible puppy variations are BB or Bb, meaning only black puppies.
If the male is Bb: possible puppy variations are BB, Bb and bb, the last option being a brown puppy.
Recessive genes bring complications to breeding, because they can be hidden against the odds for multiple generations. Even if your black poodle has black parents and grandparents, you can’t be sure if the recessive gene will pop out in the brood eventually.
The color of the dog is determined by 11 gene pairs that are not connected to each other. Mixing colors is not as simple as in the previous example, because we need to add more variables.

Let’s make a bit more complicated example:
B (black pigment)
b (brown pigment)
E (color in the whole dog)
e (color only in the muzzle)

Now let’s assume that we are breeding two dogs:
Apricot BBee (Apricot poodle, that has black pigment only in its muzzle)

Brown bbEE (Poodle that has brown everywhere)
Now if the puppy would be BbEe, it will be a completely black poodle with the recessive attributes from its parents.

This means that we need to take into account a lot of different things in breeding, not just the color. Many breeders don’t want to try color mixing, because you can’t never really remove the risk of unwanted combinations completely (especially when you take into account the so called modifying genes!). But breeding the same recessive colored poodles with each other will eventually lead to the diminution of the gene pool, not to mention the loss of other wanted attributes (e.g. health issues with the eyes, muzzles or hips). Controlled color mixing could be the only way to get a healthier base.
One of the most interesting poodle colors is red, that was accepted as an independent color as late as 2007. The color is still a somewhat mystery, but it’s assumed to be originated from red cockers. It’s believed to be caused by a separate gene called the “Rufus” gene. Red is dominant to apricot, so two red poodles can have apricot puppies, but not the other way around.

There is a lot of complicated stuff behind color mixing, but it has become more popular than ever. Recessive colored poodles are becoming more common, so breeders are nowadays required to know a lot about inheritance mechanisms. Things are luckily becoming easier, as you can now purchase a DNA test for your poodle. 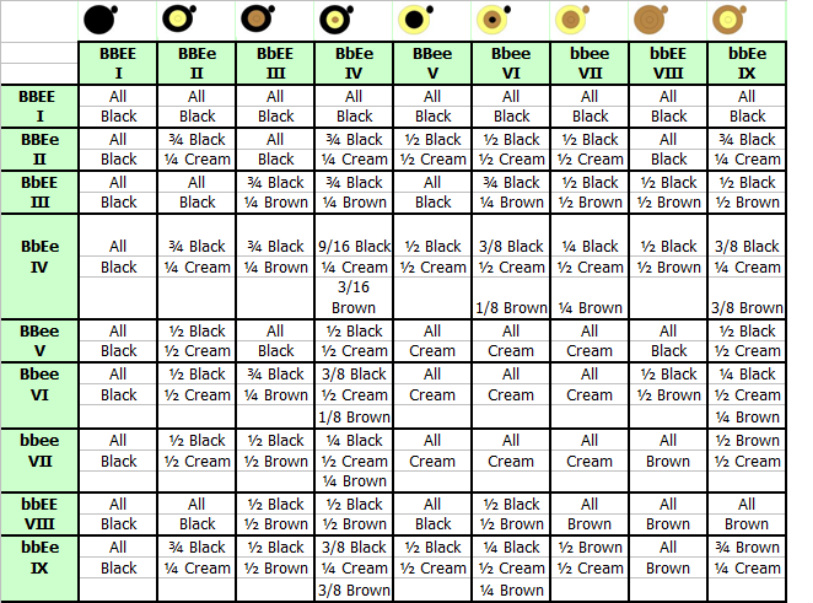